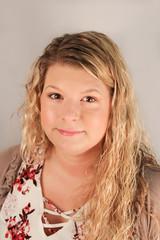 Faith joined Team Woods in May 2017 with over eight years of sales experience and six years in construction sales. She uses that experience to provide excellent customer service when answering questions for Woods' customers about their projects.

Her daily responsibilities include following up with customers who have already met with one of our system design specialists to potentially have work done on their homes. Faith also conducts quality assurance calls the day after customers' installations are complete. She is very knowledgeable about the products and services we offer and is a vital resource to our customers. What she enjoys most about her job is working for a family-oriented company that provides room for employees to grow.

In her spare time, Faith enjoys riding motorcycles and ATVs with her husband. She is a big sports mom and enjoys taking her kids to their sports games and extra-curricular activities.