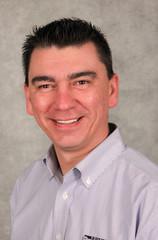 Tim has a very extensive background in coaching and organizing sports. He also has been very involved in various church leadership positions for many years now. He began his career helping make eye surgery equipment for eight years prior to his job here at Woods as the Commercial Sales Manager.

His previous work experience taught him the importance of attentiveness to detail.  For the past eighteen years,Tim has enjoyed working with our Woods Basement Systems team and helping homeowners obtain usable space.

Outside of his job, he enjoys being a family man. He has five children and a wife (Susan, who also works for Woods). The majority of his children are athletes and he loves to be involved with their activities. Tim is an outdoor enthusiast and enjoys hunting and fishing.  His favorite sports are golf, basketball, and football; all of which he would enjoy to watch or play.

Customer Reviews
About Me
View all Reviews
Testimonials
from customers I've helped!

WaterGuard, CleanSpace, and SunHouse in Moscow...

SmartJack and CleanSpace Installation in...

Friday, Aug 9th, 2013 Why is the short wall on the front of my garage entry cracked and twisting?more »
Thursday, Aug 8th, 2013 Ask The Expert: Can my bowing basement wall be saved?more »
Before and after photos from jobs I've worked on: