Homeowner Brent H. of Saint Charles, Missouri was dealing with foundation issues in his home. For months, he had been discovering cracks forming and growing around his home. He decided it was finally time to make a call to Woods Basement Systems. Foreman Devan Brown and his team installed PowerBrace; a unique patented design that allows the system to be tightened over time, potentially reversing wall failure without any invasive drilling or digging on the property. 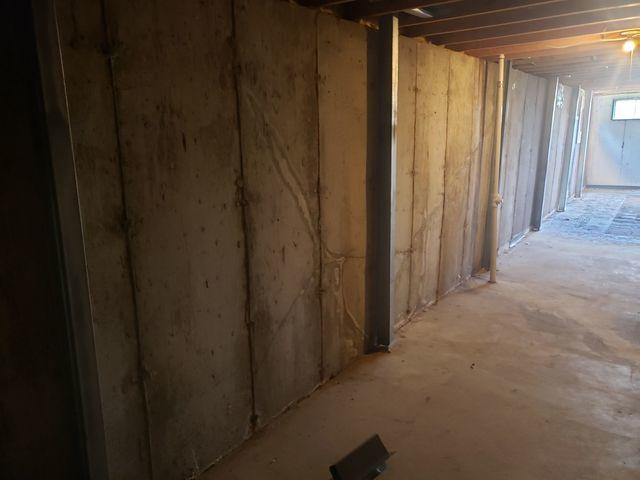 The Patented PowerBrace Brackets reverses the forces of nature by reinforcing the wall and over time can move the wall back to its original position with out excavation outside of the home or removal of concrete from the basement floor. Whether the foundation wall is built with block, tile, wood, or poured concrete Power Brace offers a permanent solution. 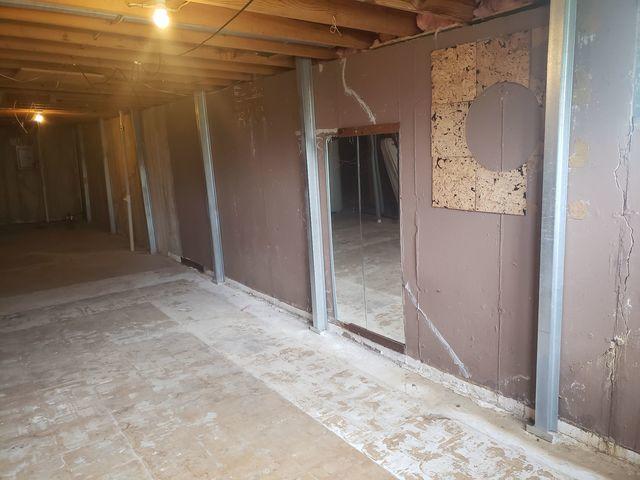 PowerBrace is the most reliable and most cost effective product to repair a cracked or bowed foundation wall. 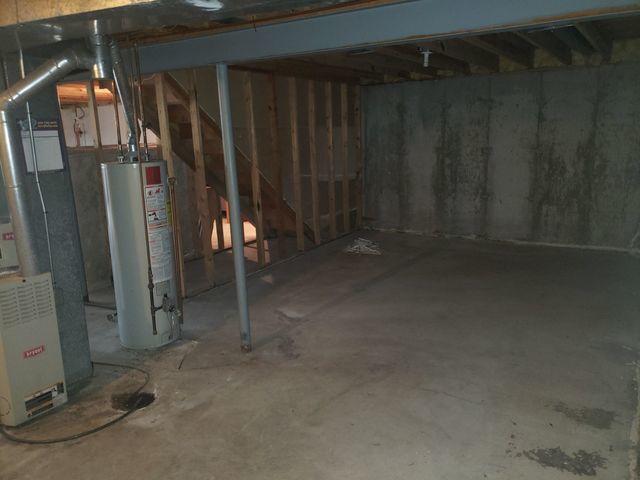 This photo was taken before PowerBrace was installed in the basement.