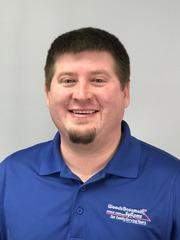 Mathew joined the Woods Basement Systems team with 10 years of sales experience. He also has an associate degree from SWIC and a bachelor’s degree from SIU Carbondale. In his free time, Mathew enjoys spending time with his son Liam, golfing and watching sports.