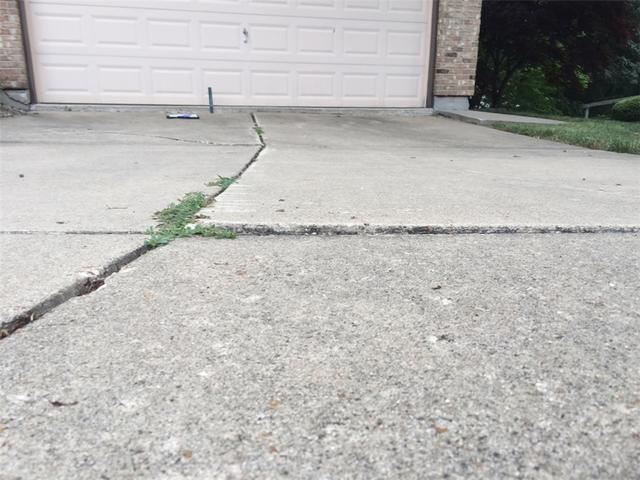 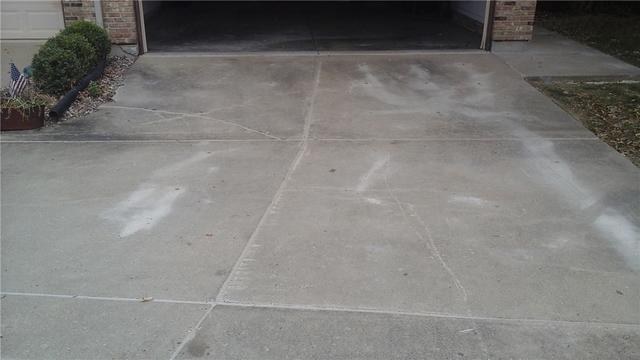 PolyLevel is an expanding polymer foam that was injected under the concrete slabs of the driveway and walkway. It lifts and levels the concrete, as can be seen in the picture, and cures quickly: it can be driven on and used in about 15 minutes which is much less downtime than traditional mudjacking.