Water was entering a basement in Saint Charles, MO, causing damage to the walls. To solve this issue, the WaterGuard System was installed. These drainage pipes intercept water at the perimeter of the basement and drain it toward the sump pump system. This system has a design that will drain any wall seepage without allowing dirt and debris from the floor to enter and clog the pipes. Next, the TripleSafe Sump Pump System was installed. This system assures protection from common problems with an ordinary pump. It can handle a heavy flow of water, thanks to a secondary pump that will help eliminate the water if the first pump can't keep up. It also features a removable airtight lid which reduces noise, prevents objects from falling in, and keeps moisture, insects, and odor from coming out of the sump. Thanks to these systems, this basement will remain dry and clean for years to come! 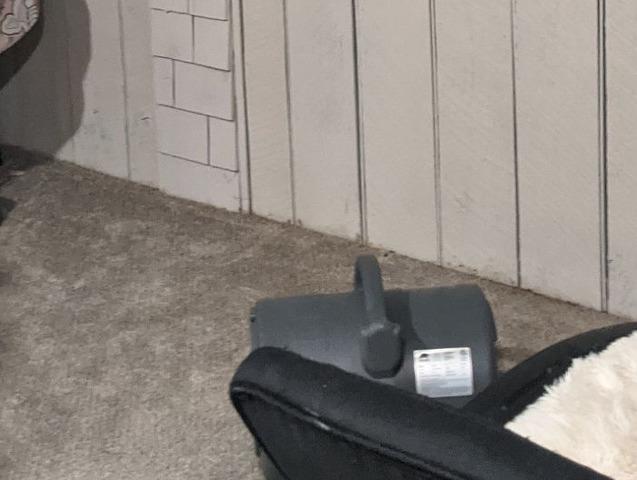 Water has been leaking in this basement, causing damage to the wood wall and the carpet. 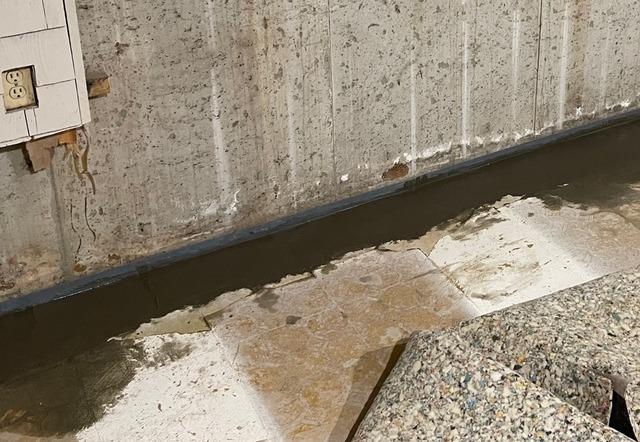 WaterGuard will catch wall seepage and drain it toward the sump pump. 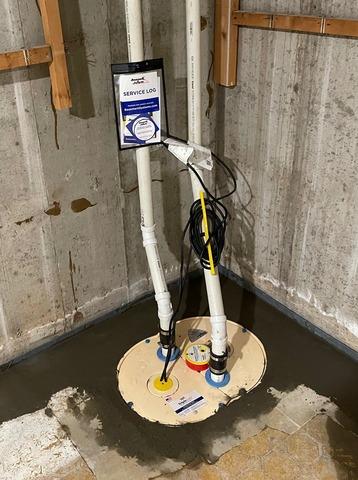 The TripleSafe can handle a heavy flow of water, thanks to a secondary pump that will help eliminate the water if the first one is unable to keep up.