A homeowner wanted to waterproof their basement in Columbia, IL, so the WaterGuard System was installed. These drainage pipes intercept water at the perimeter of the basement and drain it toward the TripleSafe Sump Pump System, which will drain water from WaterGuard and below the basement and discharge it out of the house. This system also includes an UltraSump battery backup system, which turns on if the power goes out and effectively pumps out the water. Next, the IceGuard Sump Pump Discharge System was installed. The patented design of this system automatically allows water to escape through its perforations when pipe terminations are blocked, usually by ice or snow. Thanks to these systems, this basement will remain dry and clean for years to come! 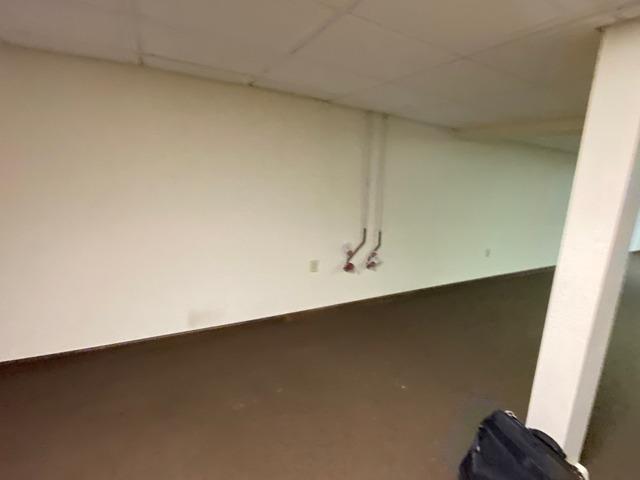 Water has been leaking in this basement, causing damage. 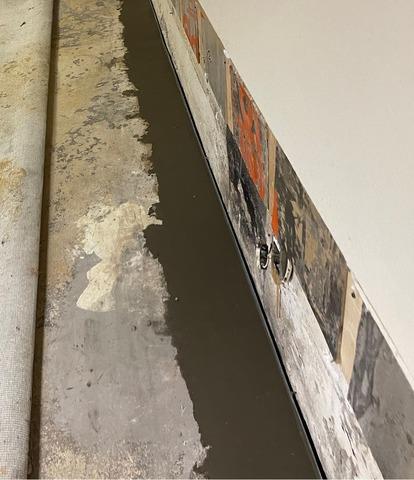 WaterGuard will catch wall seepage and lead it to the sump pump. 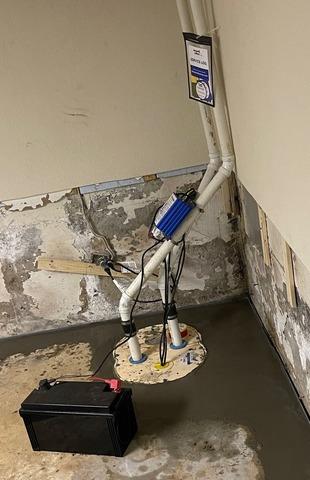 Included with the TripleSafe are two reliable cast-iron Zoeller pumps and a third battery-backup UltraSump pump that will take over if the power goes out. 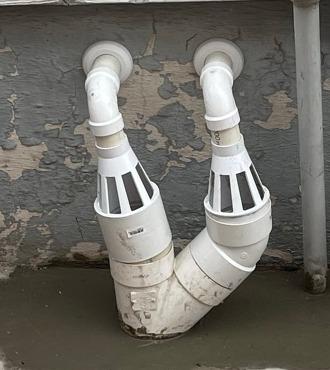 IceGuard will allow water to escape if the pipes freeze over or become blocked for any reason.