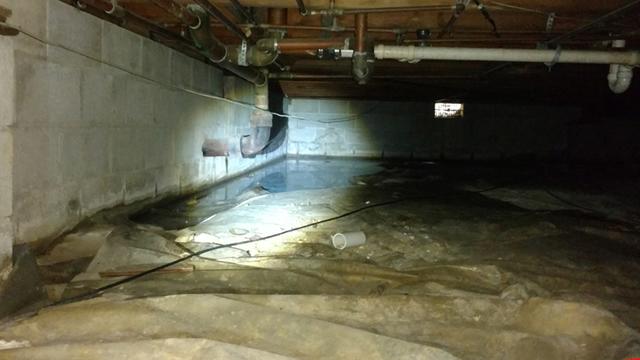 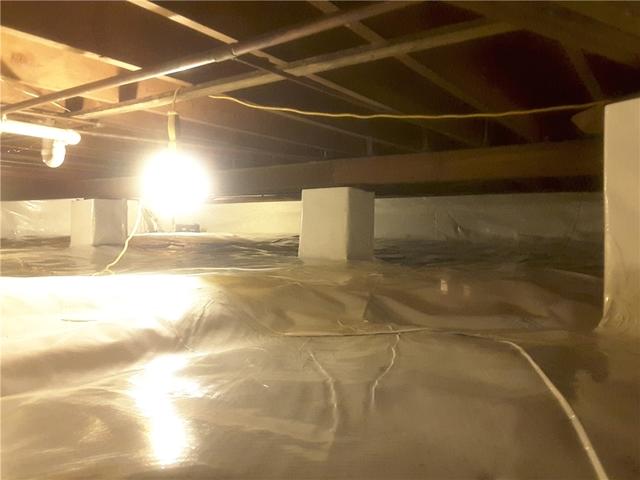 Over the walls and floors of the crawl space, Woods installed CleanSpace. CleanSpace is a thick, durable plastic moisture barrier that prevents water from entering the crawl space, instead directing it down to the perimeter drainage system. It’s mold resistant and deters pets while giving the crawlspace a brighter and cleaner appearance.