Tracy M. had a sagging floor in her Champaign, IL home, which was caused by failing supports in her crawlspace. Wood shims were placed between one support and the support beam, because the support was sinking. Another had boards placed vertically between the support and the beam. The boards buckled under the weight of the home, minimizing the effect of the support.

Tracy called Woods Basement Systems, where Systems Design Specialist Kevin Estes came out to design a solution based on Tracy's needs. Tracy needed a solution that would return her sagging floor to a horizontal position, and ensure unfailing support to her home.

The best solution for Tracy was to install the SmartJack® support system, where a team would install new support beams and supports to hold up her home. While Kevin was at Tracy's home to discuss the best course of action for her problem, he also determined the appropriate locations for the support beam and support posts.

Foreman James Long and his team came out to install the products. The installation began by installing the support beams. These beams were installed in locations that would optimize the support of the home. Following the installation of the beams, the team installed the support posts. The posts were installed by embedding the posts in the earth, far enough to ensure they will not sink. The posts were adjusted to apply pressure on the beams. Once all posts were in position, the team adjusted them further, to raise the sagging floor to a horizontal position.

The project was completed in three days. Now, Tracy knows the new supports will support her home with ease for years to come. 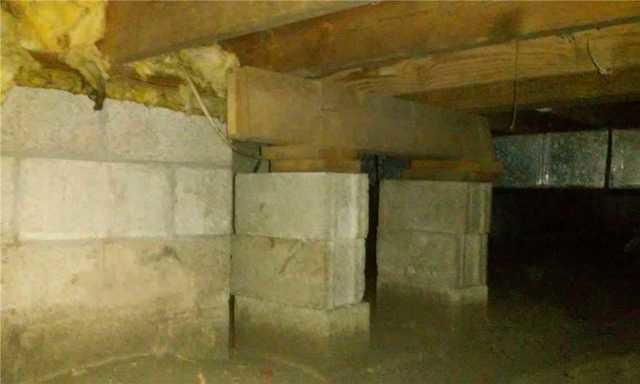 This is one of the supports causing problems for Tracy. The two boards placed on top of the supports cannot support the weight of the home, causing them to buckle under the pressure. Along with the sinking supports and the blocks placed underneath the boards, it was only a matter of time before it caused problems to the home above. 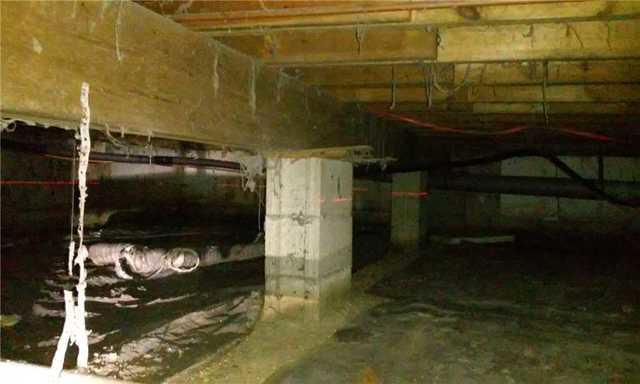 Here is another support attributing to the bowing floor above the crawlspace. The support is sinking into the ground, allowing gaps to form between the support and the support beam. Wood shivs were placed in between, which may temporarily fix the problem, but ultimately did not solve the problem. 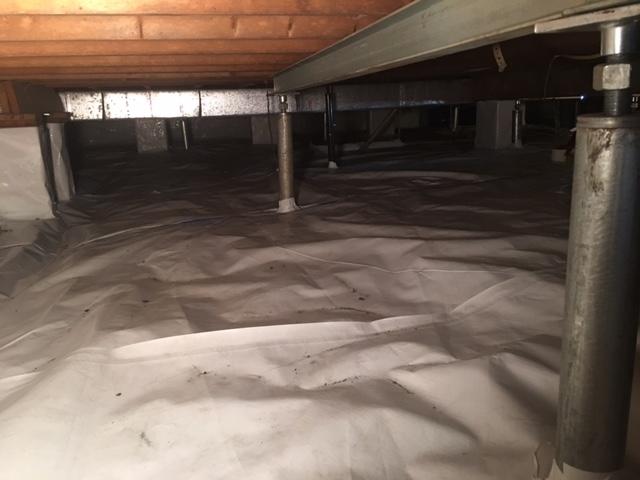 Here, we see the new, metal support beam, complete with the SmartJack® support posts underneath. These posts are placed on sturdy bases, ensuring the posts will not sink into the ground, and the system can support over 60,000 pounds, allowing for the supports to work with ease. On the left are the supports from the first photo. 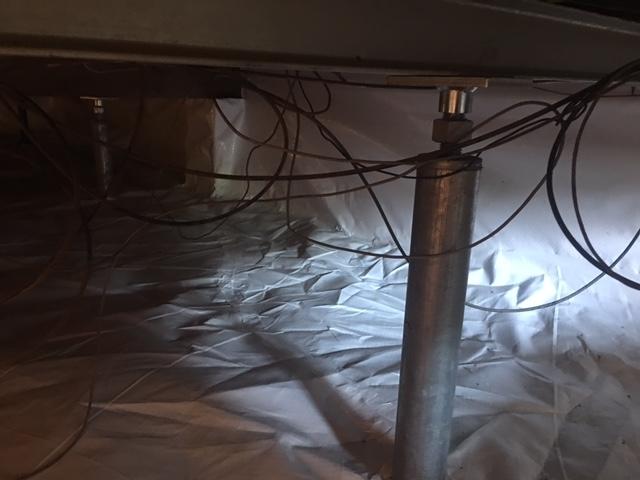 Another glimpse of the SmartJack® support system, along with the CleanSpace® vapor barrier around the crawlspace. 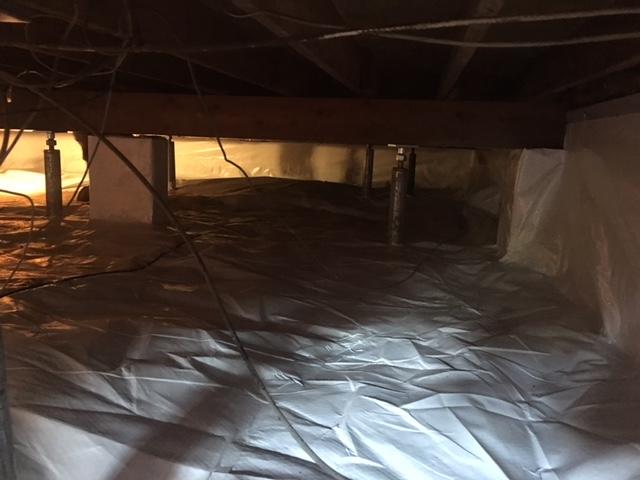 About the author
Jordan Link lives in the St. Louis Metro-East area and serves as a Marketing Specialist for an industry-leading home improvement contractor and as a Sales Trainer for a multi-national retail corporation. Jordan provides quality email marketing campaigns and web content that transcend the competition, inspire clients, and develop new business.
Back to Previous Page
Back to Case Studies