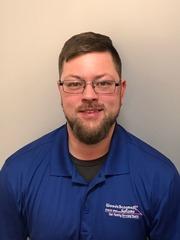 Installing a Waterproofing System in Geff,...

Encapsulating and Lifting a Crawl Space in...